Do you write on your phone? How does it not drive you mad? 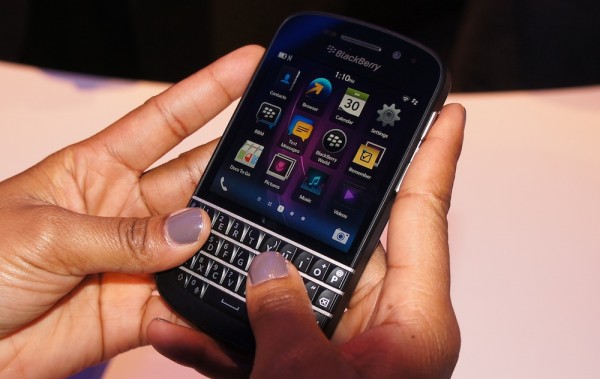 In a recent post in the How I Write series over on Barnes & Noble’s Book Blog, author Lauren Oliver mentioned that she wrote most of her first novel on her BlackBerry. This isn’t wholly surprising given how we’ve heard about phone novels for years now (and even seen some published). But when I recently tried to get some writing done on a BlackBerry I found it more difficult than it should be.

The BlackBerry in question is the Q10, which I reviewed not too long ago. It has a physical keyboard, so I tried hard to write some of the review itself using the phone. While the keys are fine and I eventually got used to them (with fingernails it’s difficult), most of the words I typed on the Q10 I threw away later. I just never got into the flow enough to produce anything good enough to publish. I had the same trouble with both fiction and non-fiction. Not to much with emails, status updates, and other other mire businessy things BlackBerries are good for. All of that flowed just fine.

Part of my problem likely stemmed from my inability to type very fast on the Q10. As I said, having nails adds difficulty. Then I started to wonder if the issue went deeper than that. A few weeks ago I interviewed author Andrea Hairston for a podcast I’m putting together. We talked about how our brains work different depending on whether we’re typing or writing with a pen/pencil. For artistic types, writing by hand may be a necessary component of the creative process since it activates different areas of the brain than typing. I wondered if that might also be true for typing on a full keyboard vs typing on a tiny, phone-sized one. And, consequently, if it’s possible to train yourself to be more creative with a tiny keyboard by working at it.

I used to need to write all of my fiction first drafts by hand. Over time, I was able to write first drafts on a computer and just let the words flow. I still use writing by hand to open up my brain and put myself in a zone when I’m working out how a scene will go, just not for the actual words. I wonder what would happen if I started using a phone keyboard to write creative stuff that isn’t my main writing (fanfiction, for example)? Would I eventually be able to get into the flow, even only using my thumbs?

I’d love to hear from writers who do creative work on phones or other devices with tiny keyboards. What do you use? How long did it take you to get used to it? What is your ideal tiny writing device?