At CES I saw several really drool-worthy products, but the Lenovo IdeaPad Yoga was among the best, no question, no hesitation. When the company demoed it for us the first time I was immediately impressed and also immediately aware that I needed one of my own.

This isn’t the first time I’ve had this reaction to a Lenovo product. And I’ve been burned in the past. I’ve seen some amazing notebooks and tablets teased and promised at CES only to receive news later that they wouldn’t be coming to market, after all. They swear this is not the case for the Yoga; it’s just waiting for Windows 8 before it can ship to customers. I begrudgingly believe them. 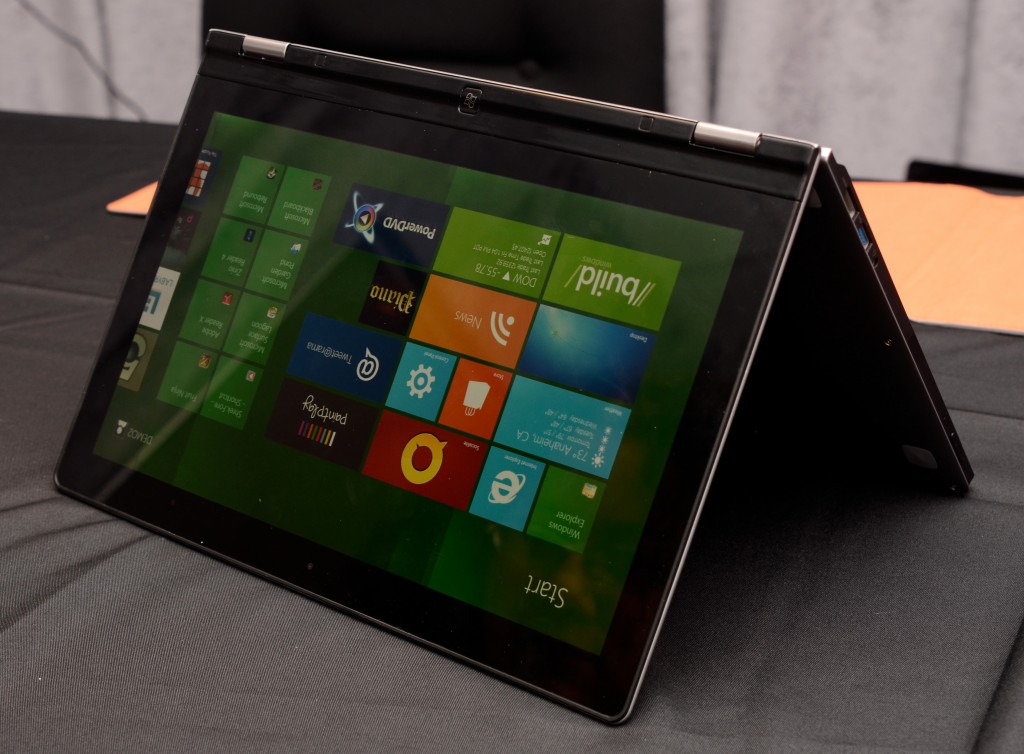 After we saw the Yoga, Josh Smith (my colleague at GottaBeMobile) found an old post on the site from 2009 showing off a Lenovo Yoga that looked very different. It was just a concept design back then, but it shared the dual notebook/tablet nature and the hinge that allowed it to fold all the way back. Further delving into tags revealed an even older Yoga design from 2005 — it actually won an award — that looks very similar in design to what we have now.

Seeing that there was a Yoga all the way back in 2005 yet the product didn’t become a solid reality until 2012 makes me feel better about the Lenovo notebooks I’ve loved and lost. Two years in a row Lenovo showed off the IdeaPad U1 Hybrid, a combo tablet and 11-inch notebook that was actually two computers in one. The display bit would detach and become a tablet — first running Linux, then running Android — with its own CPU, memory, battery, and ports. When attached to the keyboard base it switched to Windows, again with separate memory, ports, battery and so forth.

I wanted this thing so bad, my friends. Lenovo never did bring it out in America, though, because they couldn’t get the hinge/connector up to snuff (so I hear). Even I could tell that this was the weakest point of the design. Still, some of the devices I saw this year gave me hope that the company could get over that hurdle if they so desired.

Another product I’ve always mourned is the Lenovo Skylight. This was meant to be a smartbook, back when smartbooks were deemed a viable notebook category. Here’s a primer if you care, but the basics are that they were meant to be inexpensive notebooks running lightweight operating systems like Windows CE, Android, or similar that acted like smartphones. They’d sleep instead of tuning off, resume instantly, and stay thin thanks to the components inside.

Putting aside the smartbookness of it, the Lenovo Skylight is one of the best looking laptops I’ve ever seen. It’s not just thin and light, but crafted and designed so well that you instantly want it, no matter what it’s running or what the limitations. The company even brought in the guy who designed the original ThinkPads to create this thing of beauty.

The whole smartbook thing didn’t last. In fact, I don’t think any ever came out. It’s a shame because smartbooks are what netbooks were supposed to be before mainstream consumers started giving their opinions. Anyway, back in 2010 I asked a Lenovo exec if the Skylight was truly dead, because I felt that it would be such a shame if so. He told me: Not quite. Somewhere in the bowels of the company someone still cares about the Skylight.

Given what’s going on with the laptop category right now, I suspect that it’ll be reborn as an ultrabook. As of right now it’s too thin to deal with the components (I think…) but perhaps when the next generation of Intel chips comes out the Skylight can live again. I can also see the U1 Hybrid making a reappearance as a Windows 8 tablet hybrid.

Hopefully it won’t be another 5 years before I see these products again. But if they rises from the ashes as amazing as the Yoga is today, I won’t grumble about the wait too much.

← Sharing Contact Information Digitally: Why Isn’t This Easy For Android Phones?
On Liliputing: Google’s beta culture infecting the hardware side of the business →